Fort Matanzas was built in 1742 by the Spaniards to guard the southern approach to St. Augustine, Florida.  Fort Mantanzas was made entirely out of seashells.  This rock is called coquina.  This rock held for over 300 years including three days of cannon fire.  But over time it eventually started to collapse.  It was in ruins for a little under 400 years.  Then finally a survey was done on the ruins and the government decided to spend $5,000 to stabilize the fort.  When World War I started the funding ceased.  In 1924 another fund was made.  This included tearing down and rebuilding most of the fort.  Today Fort Matanzas is a national park for people to visit. 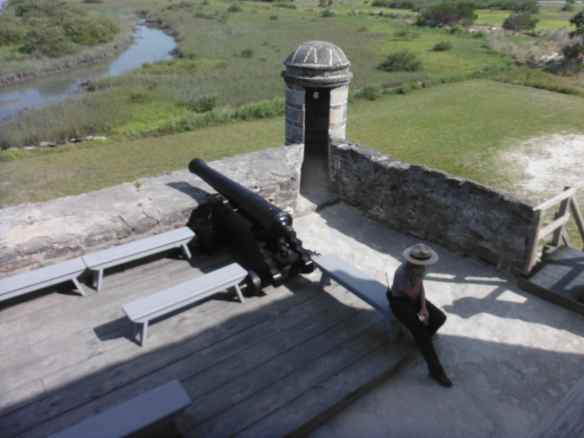 Here is a picture of the gun deck.

This is where the soldiers slept.

This is the look out tower.