A few days ago in Saint Augustine, Florida, we went and saw a castle called Castillo de San Marcos.  It was built in 1695 to protect St. Augustine which is actually the oldest city in the United States.  It is a castle that has four corners and a courtyard in the middle.  The four corners are filled with earth so they can support the weight of the cannons on top.  The fort had a shot furnace.   It’s like an oven that heats up cannon balls until they turn red.  Then they shoot them at ships to burn them up.

They had a moat around the castle that they put water in when they were under land attack. 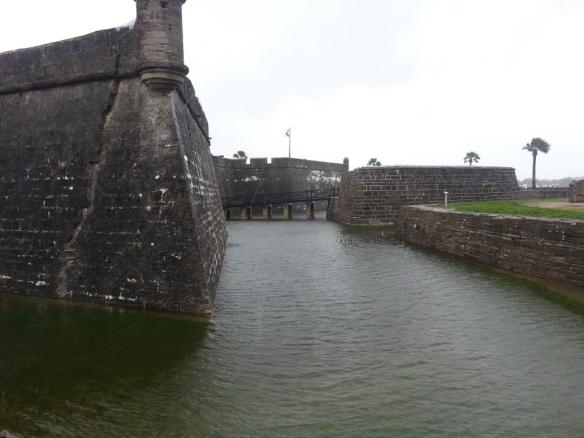 When it was not filled with water, they put domestic animals in it.  This is a video of the fort’s defenses.

The castle was made of coquina stone.  Coquina stone is made of tiny sea shells smushed together.