Thomas Jefferson was the third president of the United States.  When Thomas retired, he made a house in the Blue Ridge Mountains.  This house was named Monticello.  Thomas was an interesting man.  He observed many things like his garden and every morning he would record the date, humidity, pressure, temperature, etc..

Thomas was asked to write the Declaration of Independence.  Thomas made a lot of good phrases in the Declaration of Independence.  Thomas also founded the College of Virginia.  To wake up in the morning, Thomas Jefferson immediately plunged his feet into a bucket of cold water to wake himself up.  When Jefferson died, he put the three most important things he did on his grave: 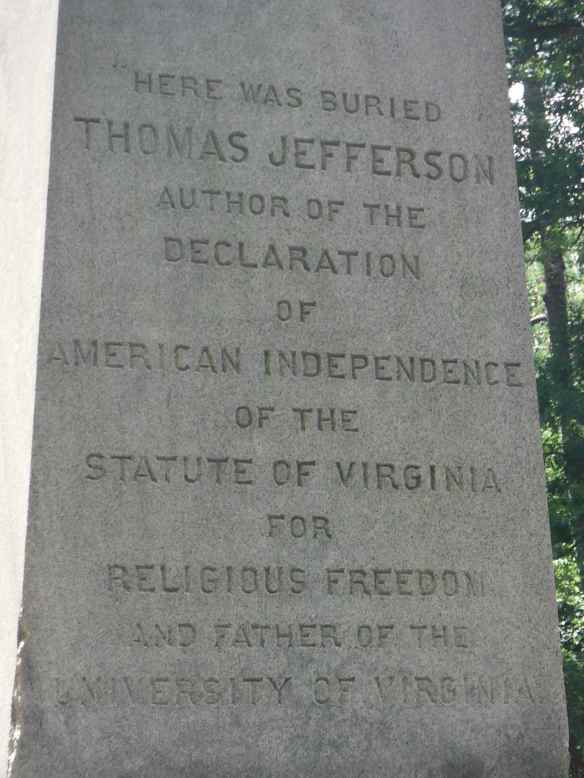